Your place to talk. 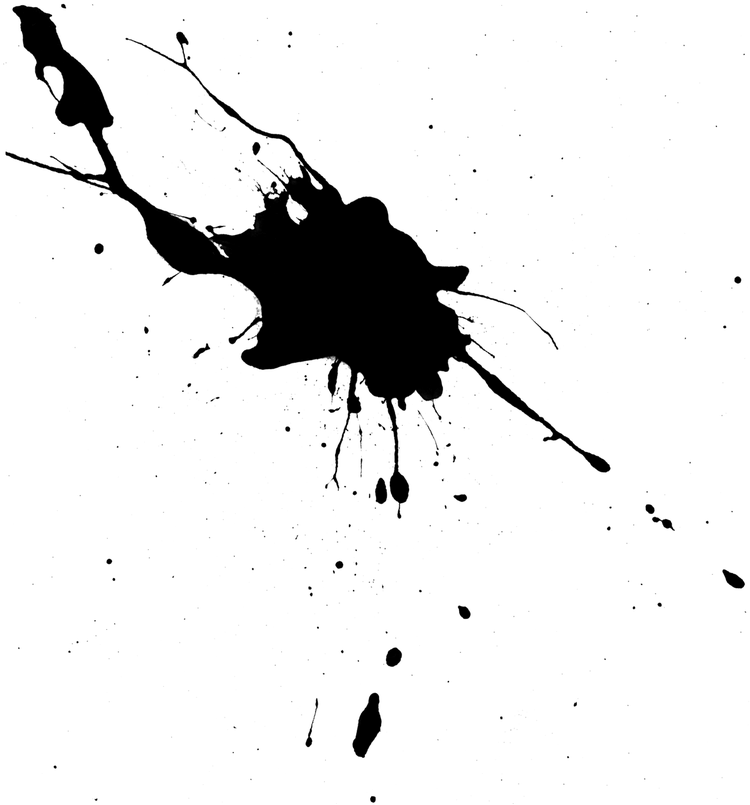 Designing a calendar feature for Discord.

Discord with a new feature. 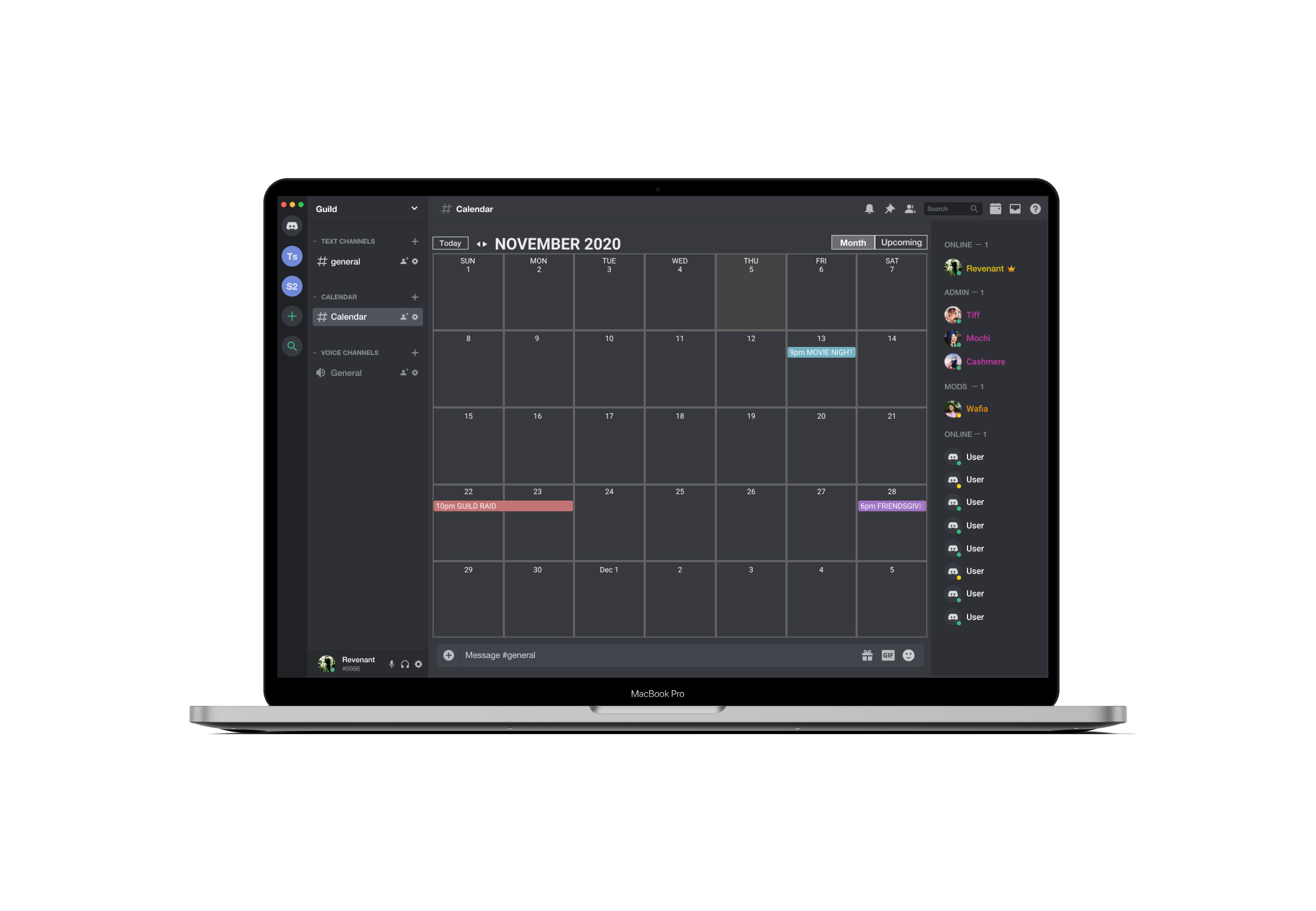 Discord is a voice, video, and text communication service used by over a hundred million people to hang out and talk with their friends and communities. It was originally created for people who loved to play games, but these passionate people realized it could be enjoyed for more purposes.

Today, Discord is used by everyone from local hiking clubs, to art communities, to study groups. It's now where the world talks, hangs out, and builds relationships with their communities and friends. 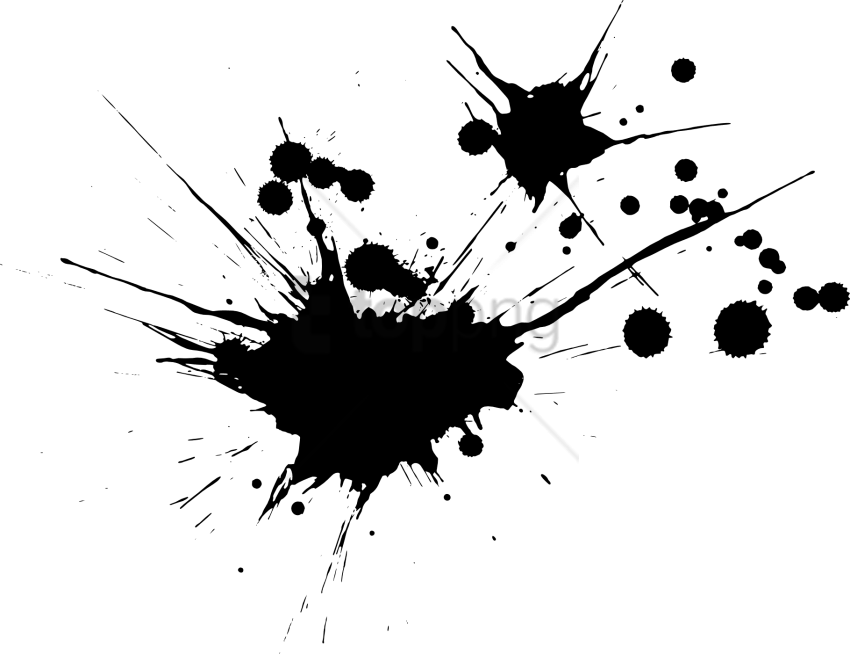 Empathize with users through research and observation

Using our data to define our goals and create potential features.

Creating a brand identity and bringing our work to life.

Let me preface by saying that I’m a fan of a Discord. I use it on a daily basis to hangout with friends, play games together, watch movies, etc. It has really come in clutch recently with COVID and everyone has been doing these small gatherings online. However, it’s become difficult to keep track of all the invites and events that are being held. I’m usually bombarded with server pings or text messages reminding me that XYZ event is happening.

I became curious to know if this was a problem for others as well. I started to look for third party apps and Discord bots that can integrate a calendar feature. Funny enough I stumbled upon Discord’s support page and this is what I found: 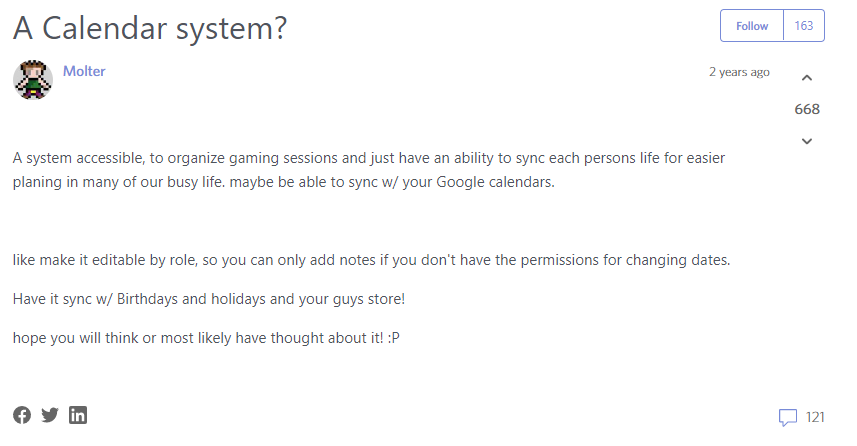 This was just a small taste of what was on the forum post. There were 114 more comments and as you can guess, they’re all asking for a calendar feature. This is a two year old post and there are still new comments rolling in every month or so.

I realize this was a great opportunity for a capstone project and so I followed this up with some market research and user interviews.

- Discord was originally created for people who loved to play games, but these passionate people realized it could be enjoyed for more purposes. Growth of other uses on the platform began to skyrocket. Today, Discord is used by everyone from local hiking clubs, to art communities, to study groups. Discord has garnered 100 million monthly active users with people talking for upwards of 4 hours per day on the platform.

- Its valuation increase by 75% between 2018 and 2020, as Discord tried to make its app more competitive with Slack and Microsoft Teams.

The user interviews I conducted reiterated the same desire for a calendar feature found on the Discord support forums. All 8 respondants said they use Discord on a daily basis and 7 of them said the servers they’re apart of hold viewing parties, giveaways, updates, and events. When asked how they keep track of these things, answered varied. Some answers include using Facebook event pages, server pings, announcement channels, Google invite, etc. I created pain points and needs that echoed some of the respondants experiences and comments.

From all the research we gathered, I created Andy. He’s basically the cumulation of all of the users in the Discord support forum with a sprinkle of personality. All design decisions going forward were based around Andy and his needs. 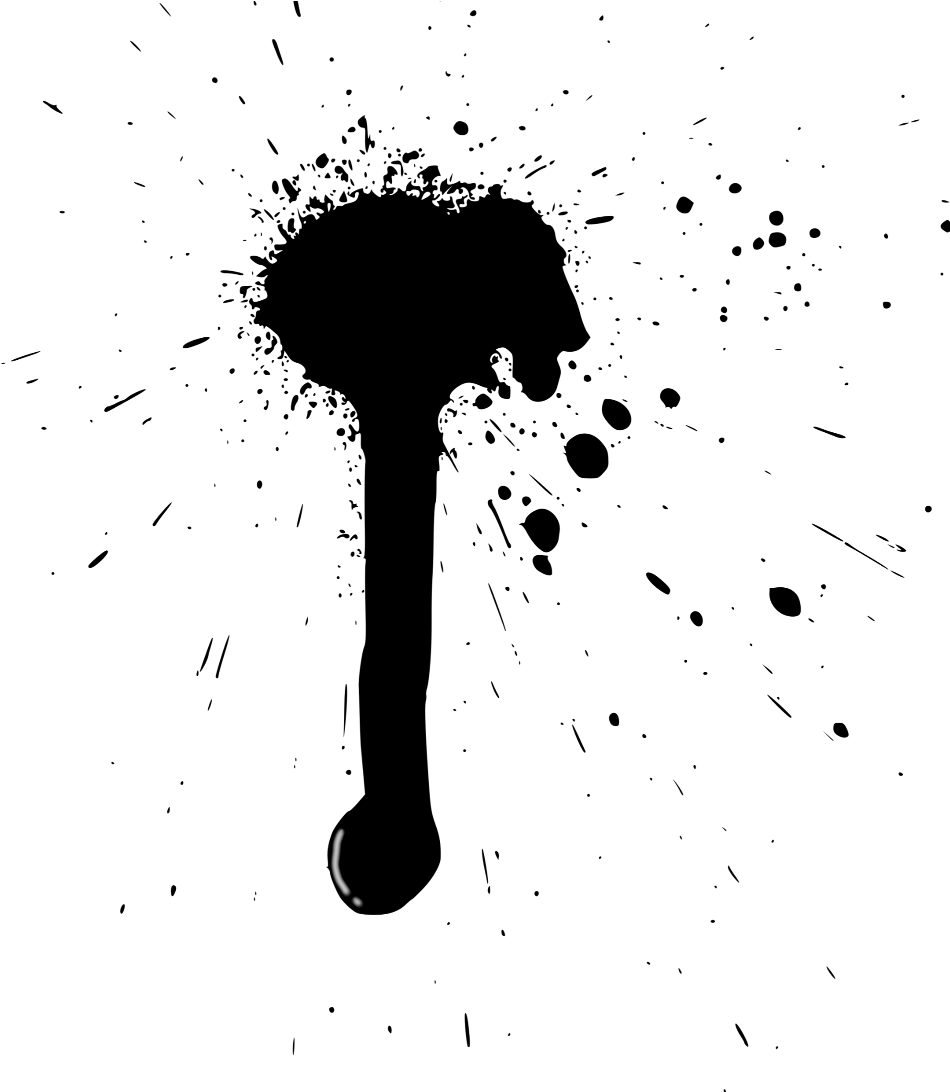 Since Discord is an existing application, we skipped the roadmap and sitemap, and dove straight into our task flow and user flow

We created two separate flows. One for creating an event and one for joining.

I created a scenario for Andy, our persona. Andy can either create or join an event. Joining an event is a more simpler flow, while creating one was a bit more extensive due to the customization and the ability to personalize said event. Creating this user flow helped me understand how a user might make certain decision based on specific scenarios. 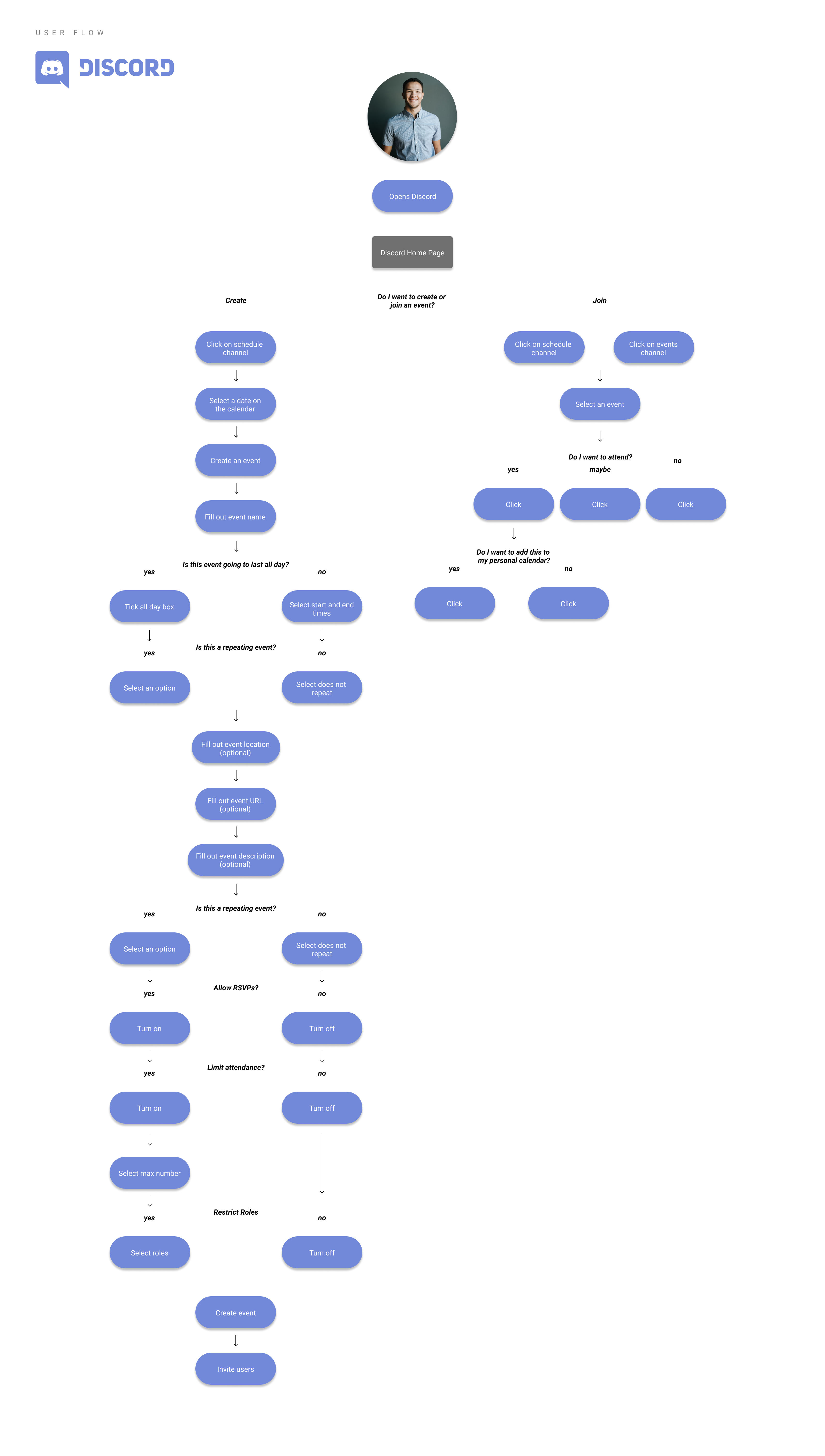 Since this is an existing application, I used the Discord’s branding colors and fonts for the new feature design. The UI kit included new and existing components to support the new feature. 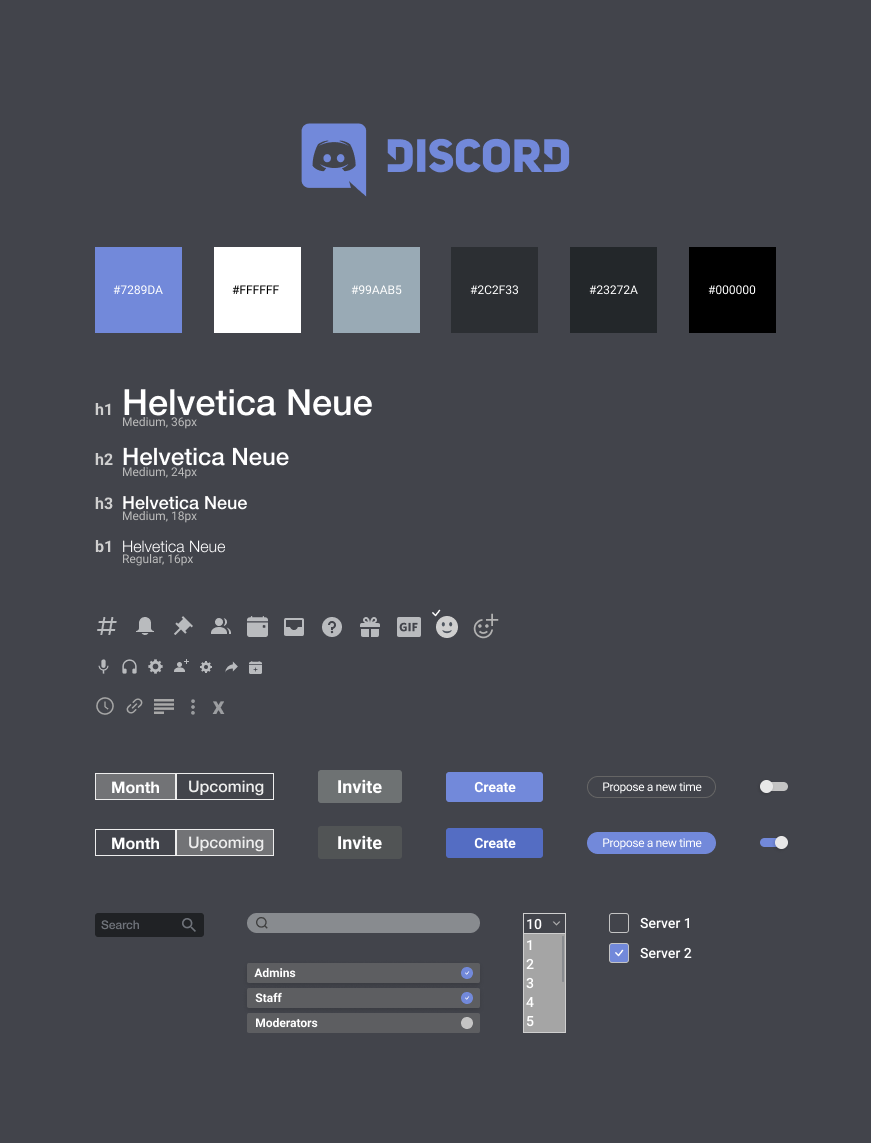 6 participants were asked to walk through the prototype. I asked each participant to complete two different tasks. One was to create an event with limited attendance and the other was to join an event. I chose these tasks and scenarios because of some of the comments and suggestions left by users on the support forum. I then proceeded to observe each respondents behavior and took notes as they navigated the prototype.

I enjoyed working on this project because Discord is an app that I use on a daily basis and a schedule feature was something that I personally wanted. The support forums showed me that I was not alone in this. I find it quite surprising that Discord hasn’t implemented a calendar feature despite the community asking for it two years ago. This is especially weird because they’ve changed their target audience from gamers to everyone.

I believed I achieved all of what I set out to do. The object of this exercise wasn’t to create an entirely new product but to add a feature to an existing one. The cherry on top was that it was a product that I consistently use. The next step is to get hired at Discord. 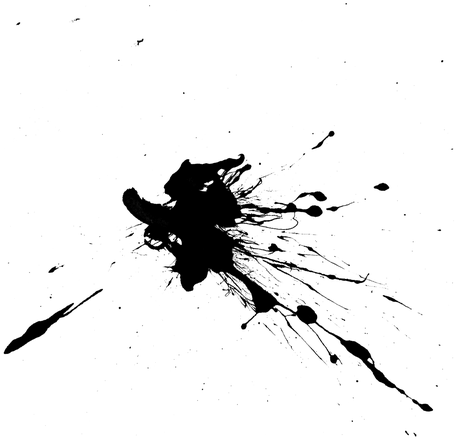